Chimurenga Magazine is a pan African publication of culture, art and politics based in Cape Town. Founded and edited by Ntone Edjabe since 2002, it provides an innovative platform for free ideas and political reflection by Africans about Africa. Previous issues of Chimurenga include: 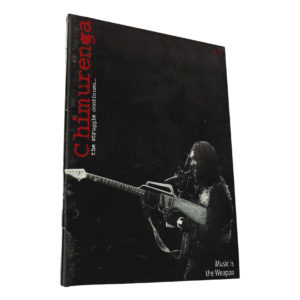 “Music Is The Weapon”

“…The struggle of black people inevitably appear in an intensely cultural form because the social formation in which their distinct political traditions are now manifest has constructed the arena of politics on ground overshadowed by centuries of metropolitan capitalist development, thereby denying them recognition as legitimate politics. Blacks conduct a class struggle in and through race. The BC of race and class cannot be empirically separated, the class character of black struggles is not a result of the fact that blacks are predominantly proletarian, thought this is true…”- (Frank Talk Staff Writers in ‘Azania Salutes Tosh’ – circa 1981) 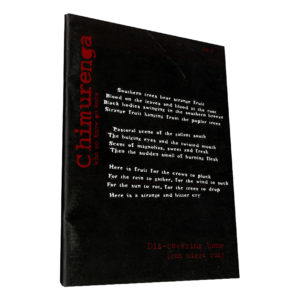 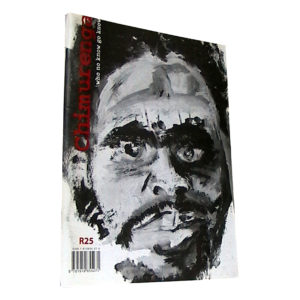 “Mandela was not the only head of state taken in by Koagne. Le king kept snapshots of himself with many a man of power, among them Mobutu Sese Seko and Denis Sassou Nguesso […] He took Mobutu for 15 million dollars. Blaise Compaoré of Burkina Faso lost 40 million to him. Sassou, Etienne Eyadéma of Togo, several high officials of Gabon, Tanzania and Kenya, a member of the Spanish government and an ex-operative of the Israeli Mossad were bamboozled as well.” – Dominique Malaquais (Blood Money: A Douala Chronicle). 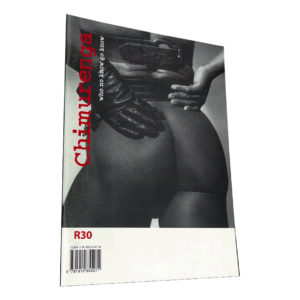 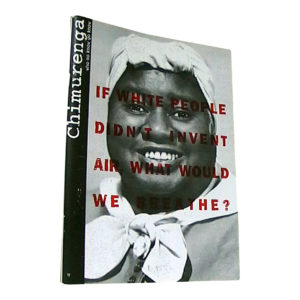 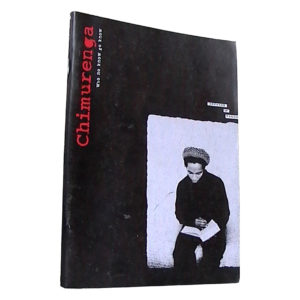 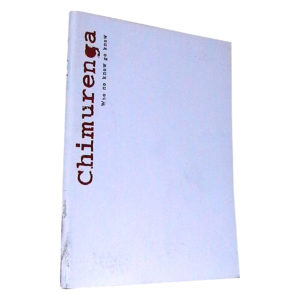 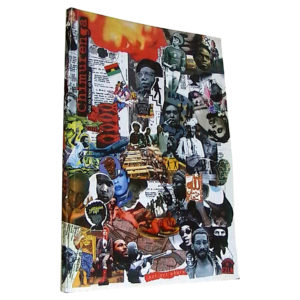 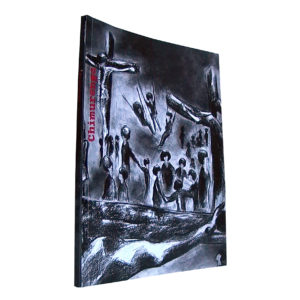 “Conversations in Luanda, and Other Graphic Stories…”

For this one we trawled the globe for ink artists/wordists to give us their perspectives on love, life and the multiverse. An issue of Chimurenga comics with a thematic coherence in its insistence on art as interrogator and creator. Including a rephrasing of Jean-Michel Basquiat, and new works by Yvan Alagbe, Jose Eduardo Agualusa, Nikhil Singh, Karen Boswall , Ho Che Anderson, Danijel Zezelj, Nicolene Louw, Orijit Sen , Lance Tooks, Sandra Brewster and many others. 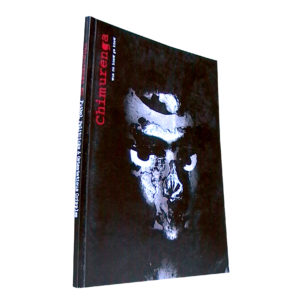 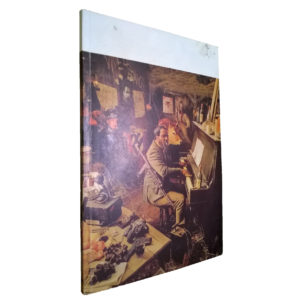 “Conversations with Poets Who Refuse to Speak”

Features a heady mix of words and images that give voice to silence. So much has been said about speech: speaking up, speaking for oneself, not being allowed to speak, speaking for the other who’d rather speak for self, but very little is said about the virtue of silence. So much said about making oneself visible, but little said about mining the rich depths of absence. This issue is about silence, disappearing oneself as act. Though it’s often one of abdication, could it be defiance, resistance even? – a challenging idea, in a culture where struggle about seeking exposure, giving voice, making visible and all that stuff… 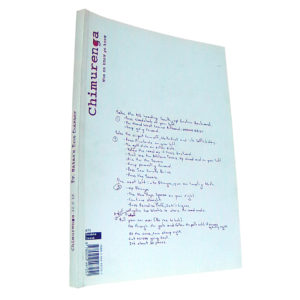 #12 : An all-faxion issue on black technologies no longer secret. 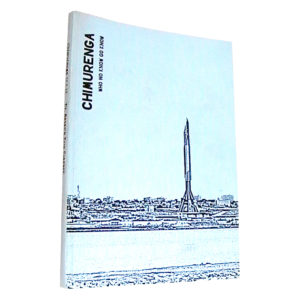 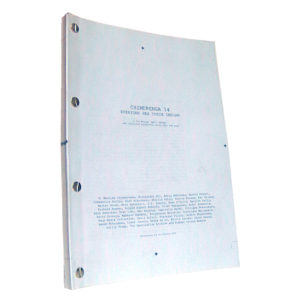 “Everyone Has Their Indian” 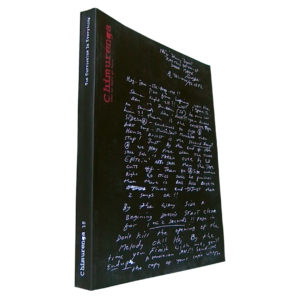 “The Curriculum Is Everything”

Presented in the form of a textbook, Chimurenga 15 simultaneously mimics the structure while gutting it. All entries are regrouped under subjects such as body parts, language, grace, worship and news (from the other side), numbers, parents, police and many more. Through a classification system that is both linear and thematic, the textbook offers multiple entry points into a curriculum that focuses on the un-teachable and values un-learning as much as it’s opposite. Contributors include Amiri Baraka, Coco Fusco, Karen Press, Steve Coleman, Dambudzo Marechera Binyavanga Wainaina, Akin Adesokan, Isoje Chou, Sean O’Toole, Pradip Krishen, E. C. Osundu, Salim Washington, Sefi Atta, Ed Pavlic, Neo Muyanga, Henri-Michel Yere, Medu Arts Ensemble, Aryan Kaganof, Khulile Nxumalo and Walter Mosley amongst others. 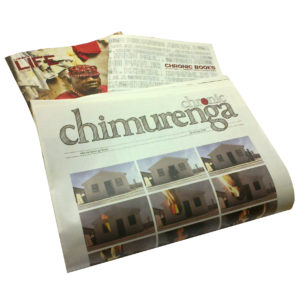 A once-off edition of a speculative, future-forward newspaper that travels back in time to re-imagine the present. The print edition includes a 128-page multi-section broadsheet, packaged with 40 page Chronic Life Magazine and the 96 page Chronic Book Review Magazine.

An intervention into the newspaper as a vehicle of knowledge production and dissemination, it seeks to provide an alternative to mainstream representations of history, on the one hand filling the gap in the historical coverage of this event, whilst at the same time reopening it. The objective is not to revisit the past to bring about closure, but rather to provoke and challenge our perception